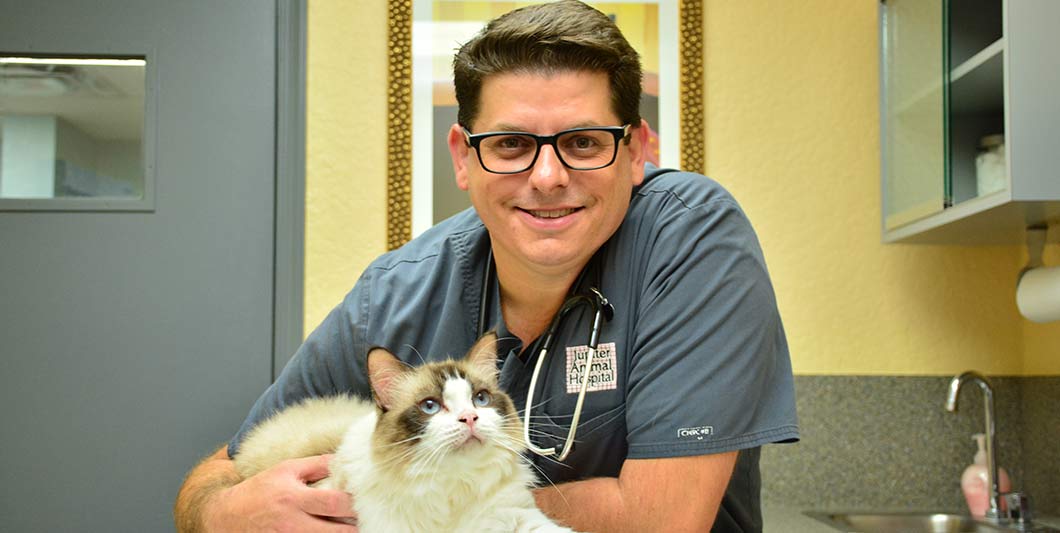 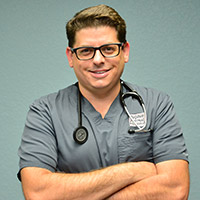 Dr. Gerard is the owner of Jupiter Animal Hospital and is very excited to continue to serve the clients of this growing hospital. He is a south Florida native growing up in Plantation and has been working in the Palm Beach area since 2004. Prior to returning back to the Palm Beaches, he graduated from the University of Florida College of Veterinary Medicine and continued his specialized training in small animal medicine and surgery at the Angell Animal Medical Center in Boston, Massachusetts. Dr. Gerard worked for five years as an emergency/critical care veterinarian at the referral center, Palm Beach Veterinary Specialists and honed his skills in internal medicine and critical care. However, his true passion in veterinary medicine has become dentistry and dermatology. He is an active member of the AVMA, FVMA, PBVS, AAHA, and VECCS.

Dr. Gerard and his wife are the proud parents of two beautiful daughters, Amelia and Marin, and a handsome son, Caden.  He also has three four-legged children: an English Bulldog named Bella, a miniature Dachshund named Hazel and a King Charles Spaniel named Lily.  In 2020, Dr. Gerard and his wife became foster parents and regularly open their home to kids in need.