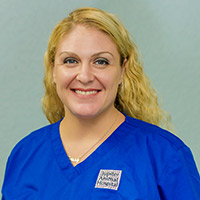 Krissy, Hospital Manager.
Krissy started at Jupiter Animal Hospital in 2006. She graduated from Palm Beach State College with a degree in Paralegal Studies. She is married with 2 daughters, Ella & Avery. They have 4 dogs, a pig and chickens at their home in Jupiter Farms. Krissy is a supporter of the ASPCA and Coastal Boxer Rescue. She is a native Floridian and in her spare time, she enjoys boating and relaxing at the beach. She also has become passionate about boxing since becoming a dedicated member of Title Boxing Club Jupiter! 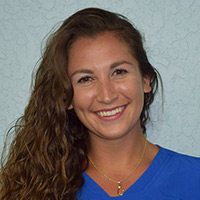 Theresa, Receptionist.
Theresa started at Jupiter Animal Hospital in 2018. She recently moved to Jupiter Farms from Costa Rica as an English Teacher. Theresa has two degrees from the Gemological Institute of America. She enjoys fishing, hot yoga, and traveling with her boyfriend Spencer. 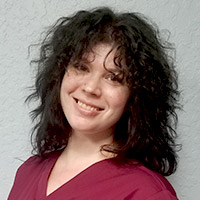 Vicki, Receptionist.
Vicki started working at Jupiter Animal Hospital in January 2021. She moved to South Florida from New York in 2016 with her husband Joe and their 2 cats, Anya and Bella. Prior to following her passion and beginning her career in animal services, she was in the retirement services industry. In her spare time she enjoys swimming in the ocean, boating and nature walks.

Lynzee, Veterinary Technician.
Lynzee started at Jupiter Animal Hospital in 2002, and has been in the veterinary field since 1998. She enjoys being outdoors and loves anything to do with nature. She has a cat named Kitty and a Westie Mix named Bella.

Diane, Veterinary Technician.
Diane began working with animals in 1992 at the Palm Beach Zoo, became a veterinary technician in 1997 and started working at Jupiter Animal Hospital in 2011. She has one daughter named Katie, 2 Great Danes named Maverick and Elektra, a Min Pin Mix named Nic, 3 cats and a horse. 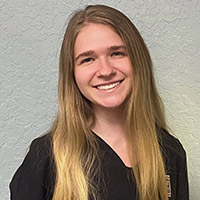 Olga, Certified Veterinary Assistant.
Olga is a recent graduate from South Fork High School. She is now studying Nursing at Indian River State College. She plans to work in the NICU, as she is very fond of working with children. She is a total cat lover and has 3 of her own! Olga enjoys traveling, journaling and especially loves hiking. Two of her biggest goals in life are to hike across the Appalachian trail and to be able to own a kinkajou!!

Lily, Veterinary Assistant.
Lily recently graduated from South Fork High School. She started working as a Kennel Attendant for Jupiter Animal Hospital in 2019 and has been promoted to one of our Veterinary Assistants. In her free time, she loves taking her 2 dogs on walks and taking out her paddleboard on sunny days.

Laura, Groomer.
Laura has been at Jupiter Animal Hospital since 2001 and trained with an A Top Master Groomer. She enjoys cooking and has a Lhasa Apso named Scooby. She is from Queretaro, Mexico. 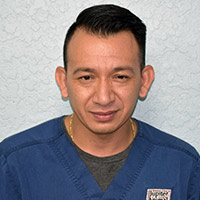 Jepser, Animal Care Attendant.
Jesper started at Jupiter Animal Hospital in 2004. He is from Guatemala and enjoys playing soccer.

Felipe, Animal Care Attendant.
Felipe worked at JAH several years ago and has now returned to us. He is originally from Mexico, but now calls South Florida home.  In his spare time Felipe enjoys watching TV and playing soccer. 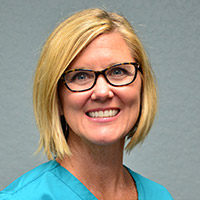 Lynn, Bookkeeper
Lynn joined Jupiter Animal Hospital in March 2017. She has lived in Jupiter for over 20 years with her husband, Gary. They have 3 children – Josh, Emily and Colson and a Vizsla mix named Zoe. When not working Lynn and her husband enjoy watching their children play sports and supporting them in their school endeavors. Lynn likes doing yard work, playing board games, relaxing at the beach and being an active member of her Jupiter First Family Church. 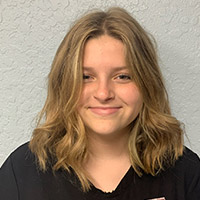 Amelia, Kennel Attendant
Amelia started at Jupiter Animal Hospital in 2020. She is currently attending Dwyer High School as a freshman. She has 3 dogs of her own, a Bulldog, a Dachshund and a King Charles Spaniel. She aspires to be a journalist and has studied the art of communications for almost 4 years! 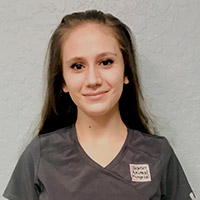 Elina, Kennel Technician
Elina started working at Jupiter Animal Hospital in 2021. She is currently a junior at A.W. Dreyfoos School of the Arts. She has one King Charles Spaniel, a Corn snake and an Abyssinian guinea pig. She enjoys the art of printmaking and loves taking her dog to the beach in her free time.